If you like playing online poker, you’re visiting the right website at the right time. We have compiled this article to help new players grasp the rules of poker, as well as learning about some of the most popular variations of this popular card game. If you’re new to this world and you need a quick overview before jumping into the game, you’ll find everything you need right here. 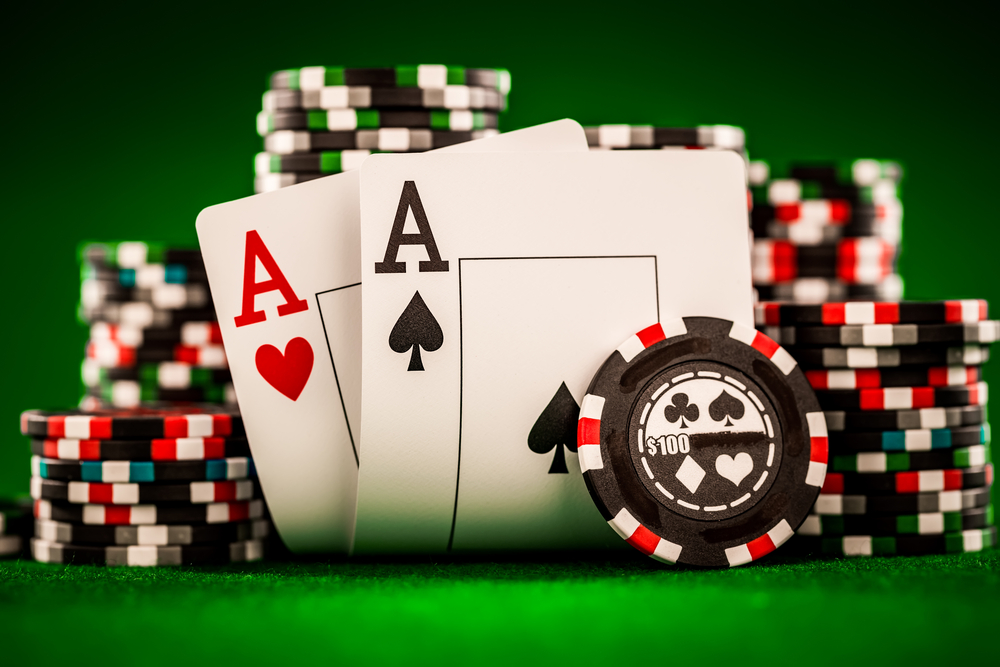 Read on to learn the basics of playing online poker, and make sure to check the other in-depth articles in this website. We have been working hard to publish amazing content on everything related to poker and online gambling in general. If you feel this is useful, you’re welcome to share our articles with your friends across social media. Have fun improving your poker skills!

A brief overview of poker rules

There are dozens (possibly hundreds) of poker game variations, but they usually boil down to the same principle: getting a stronger hand than your opponents! A hand is a set of five playing cards that you put together during the course of a poker match.

Before learning about the exact rules of each poker game and understanding its subtleties, a good starting point would be learning all the poker hand ranks by heart. Poker hands are ranked exactly the same no matter which poker game is being played. However, there’s a major difference in how games implement these ranks.

In some poker games the higher ranks win; these are called “high games”, of which the most typical example is Texas holdem. In some other other games the lower ranks win; these are called “low games” or “lowball poker”, with typical examples like Ace-to-Five and Wheel. There are also more poker games where both the higher and lower card ranks can win, depending on diverse factors; these games are called high-low split games, as commonly seen in severalOmaha variants.

To be a good poker player, you have to learn how to figure out winning hands at a glance. Let’s start by reviewing all card ranks starting with the highest:

Also known simply as “holdem”, this is possibly the most popular poker game online these days. In this game, each player is initially dealt two cards face down. Additionally, five community cards are placed on the table face down, to be revealed in three stages. Right before the flop and once after each stage, players can place their bets and choose to check, call, raise, or fold. In the first stage, three cards are revealed (“the flop”); the fourth card next (“the turn”) and finally the fifth card (“the river”). At this point, each player has to find the best possible poker hand by picking five cards from their combined hole cards and community cards.

Omaha is another hugely popular poker game, which plays similar to Texas holdem except for a crucial detail: each player is initially dealt a total of four hole cards. However, only two of these cards can be used to find a winning poker hand by combining them with the five community cards.

This game is often referred to as “Omaha Holdem”, since the holdem part refers to the concept of having five community cards on the board. The “Omaha” part refers to being dealt two hole cards, which is also known as “tight holdem”. In regular “Omaha” you’re are dealt four hole cards and asked to pick two.

This high game used to be the most popular poker game, until the recent increase in popularity of Texas holdem. It’s also known as “Down-The-River”, and the flow of the game is relatively more complex than the other games mentioned here. Here there are no community cards; as the name suggests, each player is dealt a total of seven cards in a game of Seven card Stud. From these seven cards, they’ll have to pick the best possible poker hand.

When playing this game, you´re initially dealt three cards – two face down (hole cards) and one face up (door card). From these cards, you have to decide if you want to play the hand or just watch. From all players who decide to play, the one with the weakest door card pays the bring-in, and the remaining players proceed betting in a clockwise order. With each round (often referred to as “street”) a new card is dealt face up, until the seventh street and final street, where the final card is dealt face down.

As you can see, playing poker is relatively straightforward no matter which variant you’re playing. It generally boils down to learning the winning combinations, and understanding the rules of each game. From there on, it’s all about practice! Just like any other skill, being good at poker is ultimately a matter of practice and perseverance.

Start playing right away and begin polishing your skills! Try playing different poker variants to get a feel of which suits you best, and you’ll have great fun playing online poker. Make sure to look around this website for more useful articles covering everything related to online casinos and online gambling.